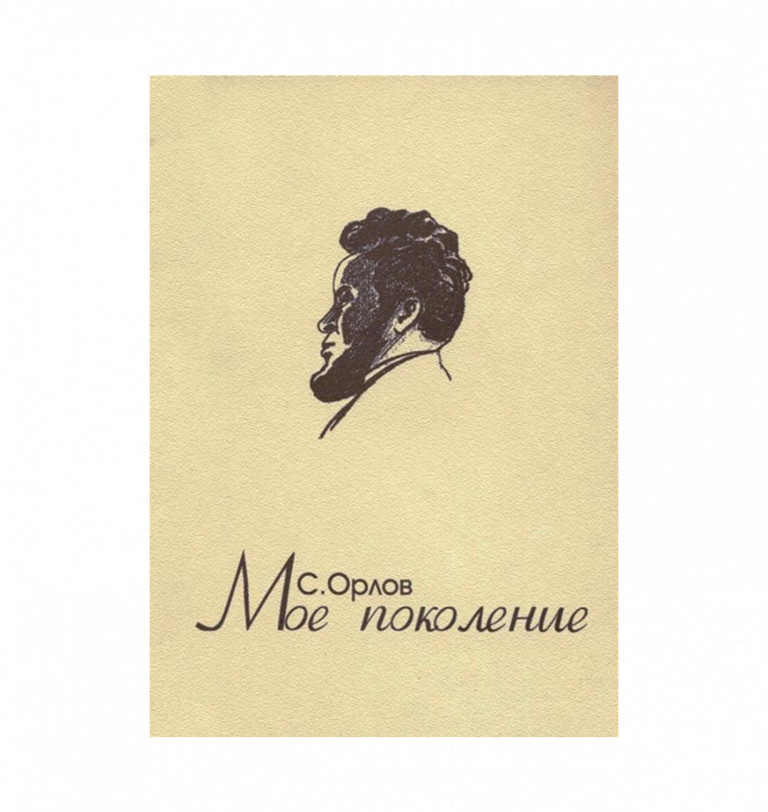 Sergey Orlov (1921-1977) was a representative and a voice of the generation that participated in the Great Patriotic War in tender years and saved Europe and the world in general from fascism.
All his childish and teenage impressions are associated with the large Belozersk area and its nice district center Belozersk where he studied in a high school and wrote a lot of good poems. His poem Pumpkin which he wrote at the age of sixteen was awarded a prize of the all-Russia student competition in Moscow, appreciated by Korney Chukovsky and published in the Pravda newspaper.
Sergey Orlov was a highly-educated person. Before the war, he began studying at a university in Petrozavodsk and continued his education at the Department of History of the State University in Leningrad in the post-war period. Afterwards, he studied at the Literature Institute having graduated from it in 1954.
Sergey Orlov was a mature poet when he went to the front. He took part in military operations in Volkhov and Leningrad and was burnt in his tank twice. His fortunate destiny saved him for life and poetry.
Sergey Orlov’s first book of poems called The Third Speed (1946) and a number of books issued later are certain records of severe war days, frontline heroism and friendship between soldiers. His book of poems called Truth was awarded a state prize of the RSFSR.
He Was Buried in the Earth But He Was Just a Soldier (1944) — these well-known words are dedicated to the memory of all Soviet soldiers. They are in people’s mind. Such words tell us that Sergey Orlov is a national poet in terms of his life and content of his poems.
Lyrical thoughts about time, people destiny, love and friendship are also specific to his works. In many of his poems, Sergey Orlov praised people and nature of the Vologda region. Every visit to Belozersk enriched his powerful and cheerful poems spiritually. Such books as The Town and White Lake are about his fellow townsmen: log drivers, light men, tug boat sailors and captains, lace makers of hosieries. How much kindness and warmth was put in characters of his poems by Sergey Orlov!
Sergey Orlov’s poems were widely recognized by the society: he was the Winner of the State Prize of Russia, Secretary of the Writers’ Union of the RSFSR, member of the Lenin Award Committee.
And then he passed away. On a nasty autumn day October 12, 1977, we gathered around his new-made grave at the Kuntsevo Cemetery and threw a last handful of soil on Sergey Orlov’s coffin.
The poet left behind more than thirty books. He honored friendship throughout his life.
Ivan Buzin
May 25, 20
MY GENERATION by Sergey Orlov: Сергей Сергеевич Орлов «МОЕ ПОКОЛЕНИЕ»/ Оригинал-макет подготовлен издательством «Полиграфист» г.Череповец, ул. Ленина,80, оф. 6 Тел.: (8202) 57-33-99 Верстка: Фокина А./ Сдано в набор 29.06.01 г./ Формат 60*84/16 Бумага офсетная./ Тираж 1000 экз. Заказ № 3047./ Отпечатано в ПФ «Полиграфист»/ 160001, г.Вологда, ул.Челюскинцев, 3/ Тел.: (8172) 72-55-31,