Church of Elijah the Prophet

Information on the cultural property 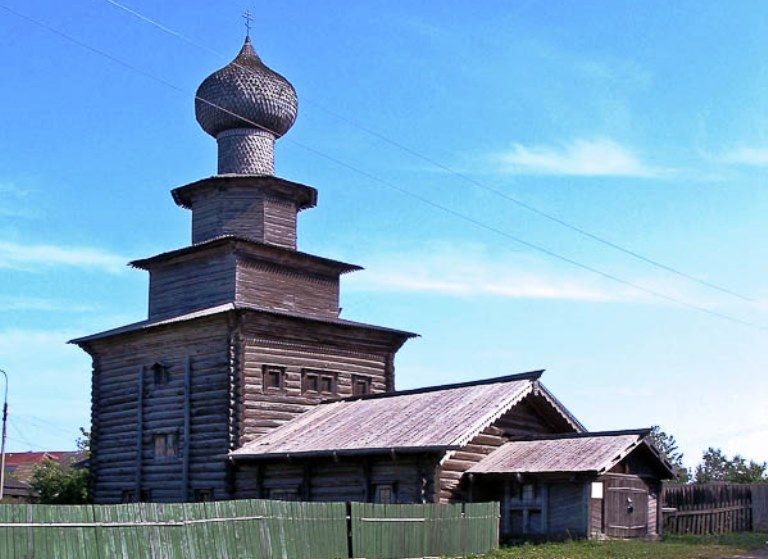 The low refectory is completed with a gable slanted nailless roof covered with thin planks. The roof of the refectory is strongly carried out above the porch adjoining from the west. Carved railings which junction is completed with a “towel” run along the edge of the roofs and cover the outer ends of the under-roofing slats. The same roof is built over the western porch. In the quadrangle of the temple on the southern and northern facades, slanting windows are arranged in two light levels. The western wall of the quadruple has three small windows at the second light level.

The monument belongs to the tiered type of wooden churches which were very popular in the late 17th – early 18th centuries. Features of its space planning and perfect proportions give the temple a unique look. Its clear silhouette emphasized by the significant removal of the roofs of individual tiers dominates the western part of the town being its main vertical.

Original interior decoration items which are a rare attraction have been preserved until now.

The decorations contain paintings representing a whole range of works of art which are distinguished by the original design of the removable sky structures, the unusual painting of the ornament on the beam of the portal of the entrance arch between the quadrangle and the refectory; the painting on the logs of the temple; the oil painting of the late 18th century on removable canvases of the sky of the quadrangle created at different times.

The surviving iconostasis includes 124 icons which are currently in the collection of the Kirillo-Belozersky State Historical and Art Museum Reserve. The icons are executed in the technique of tempera painting and date back to the time when the wooden temple was built. Some of the icons (about 56) were restored by the art restorers of the Vologda special research and restoration workshop (O.A. Sokolova and V.A. Mitrofanov) in the period from 1987 to 1995.

In 2008, the restoration of the Church of Elijah the Prophet began. In 2009, the decorations of the temple were dismantled. The paintings were secured by the art restorers of the Moscow State Research Institute of Restoration before being transported. The items are currently under restoration.

On December 24, 2012, conservation and restoration activities were completed for the paintings of the entrance arch of the portal, the removable middle piece of the vault –  the Almighty Savior icon – and the logs of the wooden church. 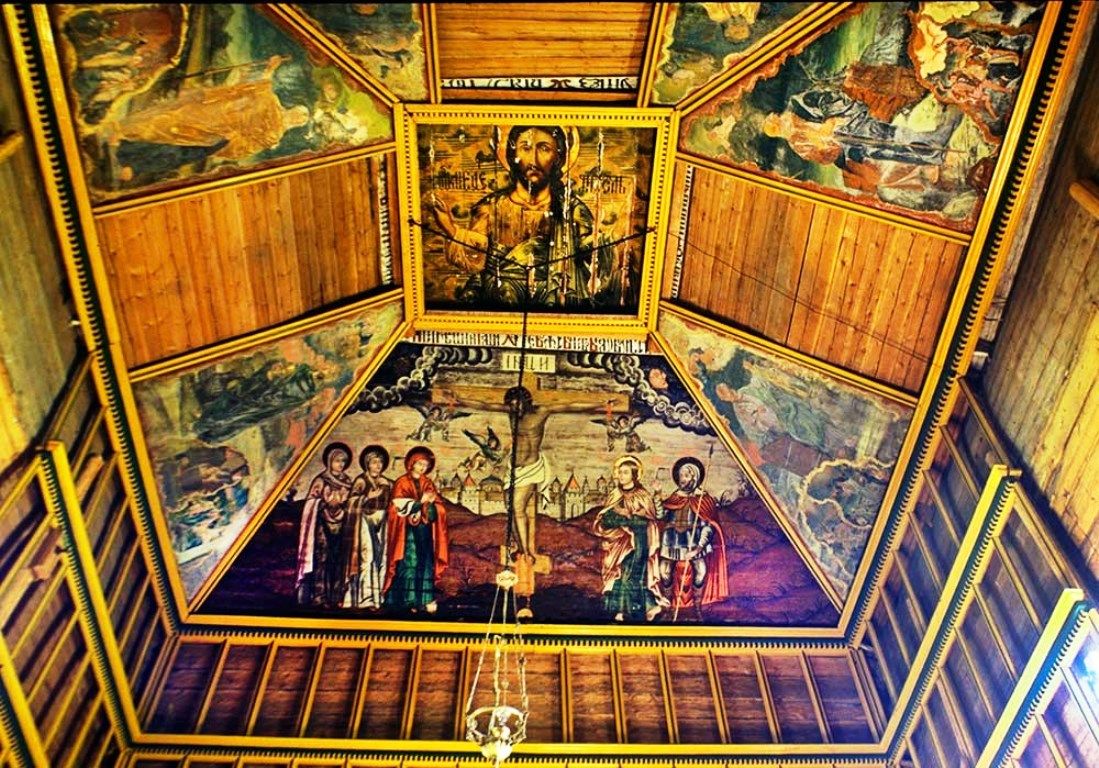 In 2012, repair and restoration works continued to assemble the temple. The restoration was carried out by the Heritage company from Vologda.

The Church of Elijah the Prophet in the town of Belozersk is an object of cultural heritage of federal significance (Resolution of the Council of Ministers of the RSFSR No. 624 of 04.12.1974).

In 2010, the church was dismantled as a result of repair and restoration works.