The Savior’s Transfiguration Cathedral was built at the territory of the Belozersk Kremlin in the second half of the 17th century (1668-1670). The huge quadrangle slightly grown into the ground is crowned by five big onion-shaped domes on windowed drums. The triapsidal altar adjoins it from the east side. The massive walls are decorated rather scantily, with piers splitting them into three curtain walls. Perspective portals show up against this background evidently running back to the 16th century. The walls naturally evolve into semicircular gables. The drums are ornately decorated: their small round gables near the base, band of blind arcades, ornamental brickwork are indicative of the fretwork style   widely used in the 17th century.

The cathedral has not been preserved in its original state. In the late 18th and early 19th centuries its arched gable roof was made into a hip roof with wider window openings and an adjacent forechurch.

Up to the 60s of the 20th century, the Belozersk Kremlin hosted an ensemble of cathedral churches: the Savior’s Transfiguration Cathedral where summer services took place, the winter Church of St. Basil and a bell tower. The ensemble was surrounded by a brick wall with a small tower in the north-east corner. The winter church and the bell tower were dismantled.

In the 70-90s of the 20th century, the Savior’s Transfiguration Cathedral was restored. The iconostasis restoration was performed by OOO Freska led by T.I.Anisimova.

Site improvements near the main cathedral of Belozersk were made while preparing for the town anniversary.

Site improvement activities were carried out by OOO Simantika (Moscow).

As part of preparation for celebrating the 1050th anniversary of Belozersk, a lot of restoration works were performed over 2011-2012 making it possible to carry out conservation works for the altar entry which was not restored for the last 30 years.

The following activities were performed:

Since October 2017, the cathedral has been owned by the Cherepovets eparchy. It is assigned to the parish of the Assumption of Holy Mother.

It is used by the Belozersk Regional Museum of Local Lore based on a free use agreement with the Cherepovets eparchy. 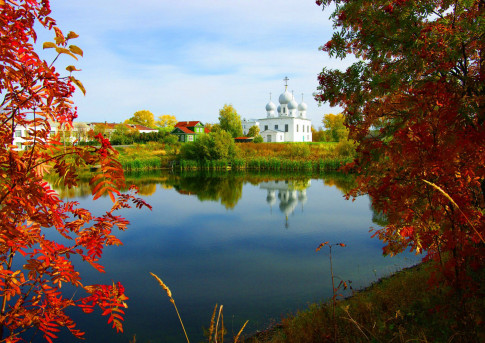 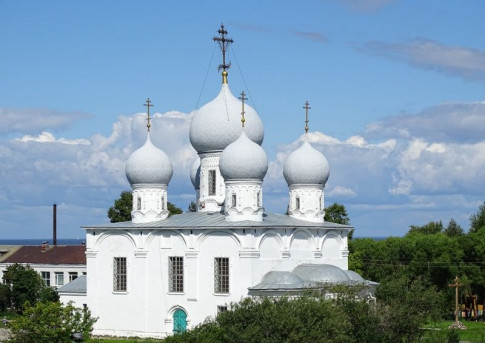 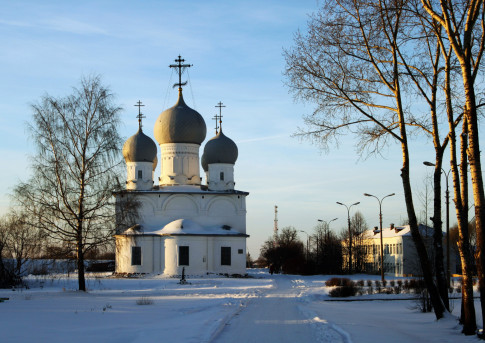 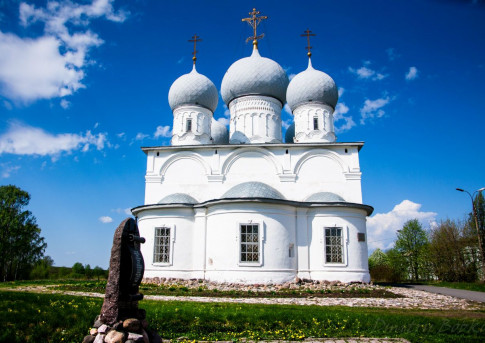 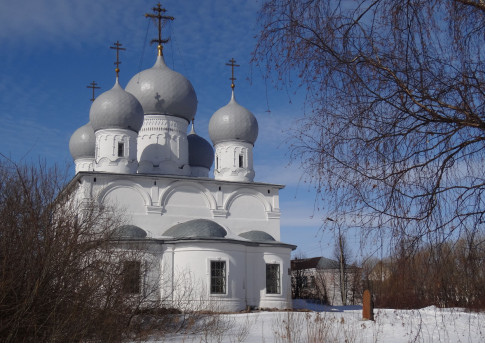 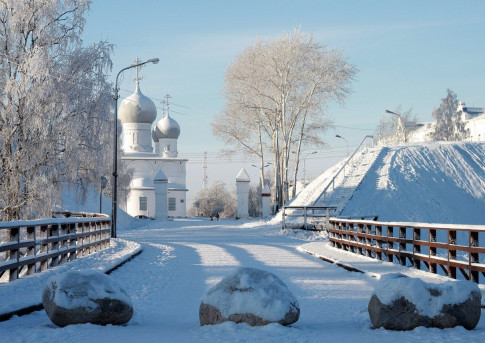