The Museum of Ethnography

The Russian log house (“izba”) interior exposition demonstrates household items of peasants such as  looms, spinning wheels, cribs, irons, rushlight holders and others. Both adults and children take a keen interest in old-time Russia, i.e. its customs, ceremonies, traditions, legends and, of course, all associated items.

The Maiden’s Room exhibition tells about spiritual and moral upbringing of girls, their natural moral qualities making for a girl’s natural destination, i.e. live for her family’s happiness, always hold true to her duty, be wise and kind looking after her house and family, be a good housekeeper and a skilled handy woman.

The Time Interlacing exhibitions show traditional women’s handworks. Handicraft used to play a significant role in girls’ upbringing in old-time Russia. Needling, knitting, embroidering skills were laid out in childhood. All women starting from countrywomen and ending with empresses could handle needles and cottons. Wrongly forgotten handmade items are returning their value and domination over  mass-produced articles in our country. No wonder that hand works were always appreciated as a source of emotional spirituality. Such well-known techniques as embroidering, knitting, plaiting, patching stretch far back to the past.

The Any Cooking Utensil Helps A Woman in Her Kitchen exhibition demonstrates a great variety of kitchen utensils used in the Belozersk region in the late 19th and early 20th centuries. It’s not easy for people living in the 21st century to imagine the traditional way of life of peasants existed more than one hundred years ago. What a particular thing looked like? What kind of material was it made of? How was it decorated and used in everyday life and on special days? As time passes, people forget about wonderful Russian cooking traditions and utensils. This exhibition will help visitors systemize their knowledge of how people cooked and what cookware they used as well as turn the younger generation to the origins of the folklife culture of the Belozersk region. 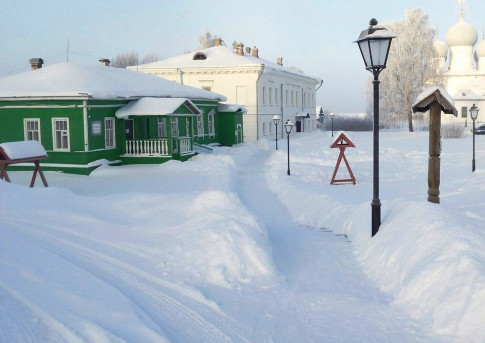 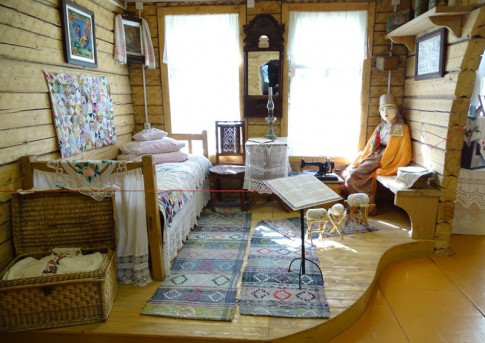 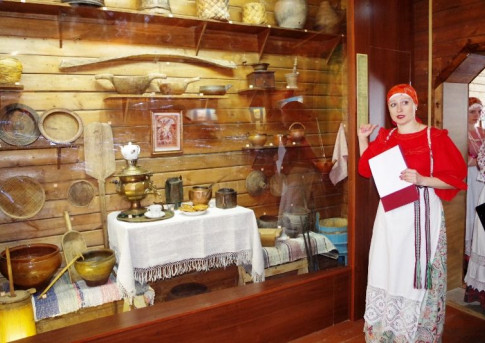